The Dog That Ate The Bathroom 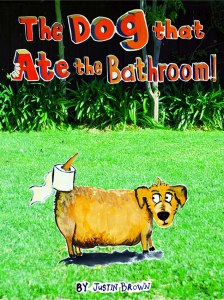 Mr Nut is a naughty dog, but that doesn’t mean you won’t love him. Find out what happens when our canine hero pushes the boundaries even more than normal!

From the author: The idea for this e-book started out as a joke. My daughter Sophie and I were bored, so decided to think up ridiculous things. Once finished, she took the story to school and her class loved it, as did the teacher who passed it on to other classes. A few tweaks later we had a story. A few beers later I had an illustrator. Yes it’s for kids, but it’s also for anyone who owns a dog who eats anything they shouldn’t.

Listen to The Dog That Ate the Bathroom