The question no author or artist can truly answer

written by Justin on August 5, 2017 in Creativity with no comments
← older posts newer posts → 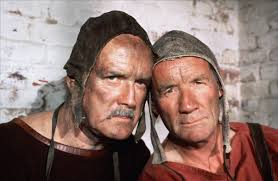