written by Justin on October 22, 2012 in Blatant plugs with no comments
← older posts newer posts →

Very proud to say my first novel for kids is out with Allen and Unwin come Feb, 2013. I’ve been working on it for a while so to receive a pre-copy in the mail was a great feeling. The story is about Toby Gilligan-Flannigan, a boy who hates his name but loves his sport. The latter of which played a major role in my childhood. So did rewards for doing well. I only have to look at my daughter’s face when she wins player of the day with accompanying trophy. From the sideline I’ve also witnessed bribery. ‘Max, pie for a try!’ ‘Olivia, movie ticket for a wicket!’ With Toby in ‘Shot, Boom, Score!’, I wanted to take this theme to a new level. When Toby’s old man offers his son the ultimate prize in return for playing well, class bully Malcolm McGarvy does his utmost to ruin the party. 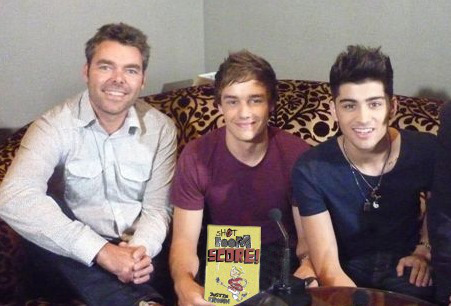 One photo, One Direction, but that’s it!