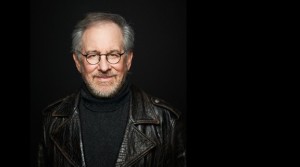 I’ve been reading Steven Spielberg: A Biography. Talk about 10,000 hours. He started making films at 10. And here’s why his names suits him so well:

‘The original roots of the Spielberg family may have been in Austria/Hungary, where some of his ancestors before immigrating to Russia may have lived in an area controlled by the Duke of Spielberg.  The Spielberg family name means ‘play mountain,’ a fittingly theatrical name for a playful adult who works in show business and ever since childhood has loved to build and film miniature mountains.

‘Play mountain’ appears as an essential plot device in Close Encounters of the Third Kind and a film production company Steven Spielberg formed early on when he was a college student in Long Beach California was called ‘Playmount Productions.’