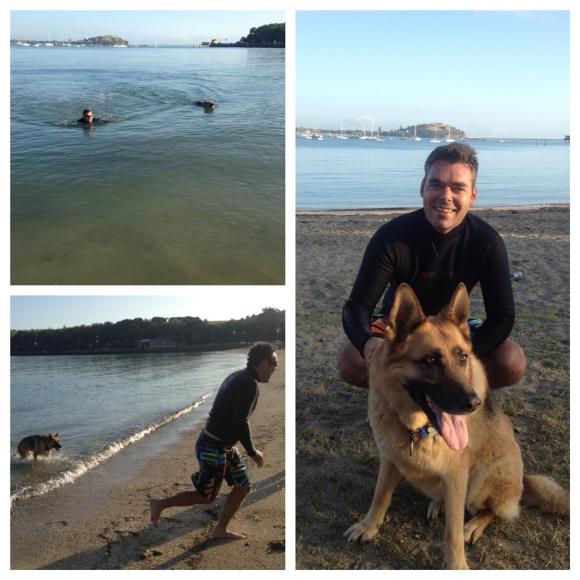 The winner of the first race was undecided as it was suggested I cheated by running the last bit. I thought I was being a good sport by emulating the doggy paddle. (Didn’t see Kira trying backstroke.) The second race was definitive. Sort of. Meanwhile Kira just wanted her ball.